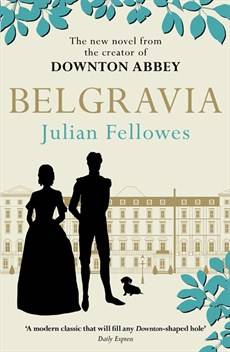 ulian Fellowes's Belgravia is the story of a secret. A secret that unravels behind the porticoed doors of London's grandest postcode. Set in the 1840s when the upper echelons of society began to rub shoulders with the emerging industrial nouveau riche, Belgravia is peopled by a rich cast of characters. But the story begins on the eve of the Battle of Waterloo in 1815. At the Duchess of Richmond's now legendary ball, one family's life will change for ever...

Julian Fellowes is a multi-award-winning actor, writer, director and producer. As creator, sole writer and executive producer of the hit television series Downton Abbey, Fellowes has won three Emmy awards. He has written two internationally bestselling novels, Snobs and Past Imperfect, and the screenplay for Gosford Park, for which he won an Oscar. He has writing credits for many other films, including Vanity Fair, Young Victoria and Romeo & Juliet. He became a life peer in 2011, and lives in Dorset and London with his wife, Emma.
S'identifier pour envoyer des commentaires.